Over the last 20 years, the Walloon space sector has more than tripled its turnover (350 million euros) and its number of stakeholders :

48 companies, research centres and academies from the sector are now members of Skywin.  It is an important part of the Belgian sector, which occupies fifth place in terms of investments in space research in Europe.

Member's activities cover the 7 main segments of the space sector : 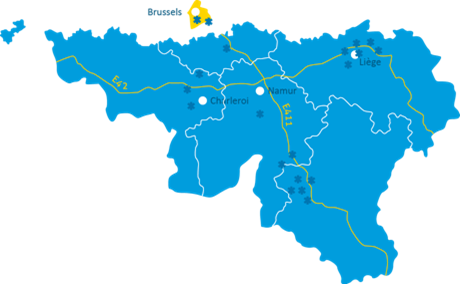 The Earth Observation Working Group (GTEO) issued a Position Paper : "For a more efficient use of Earth Observation technologies by the Walloon public sector for the citizens of the digital Wallonia of tomorrow", with the support of GT CoWAL. 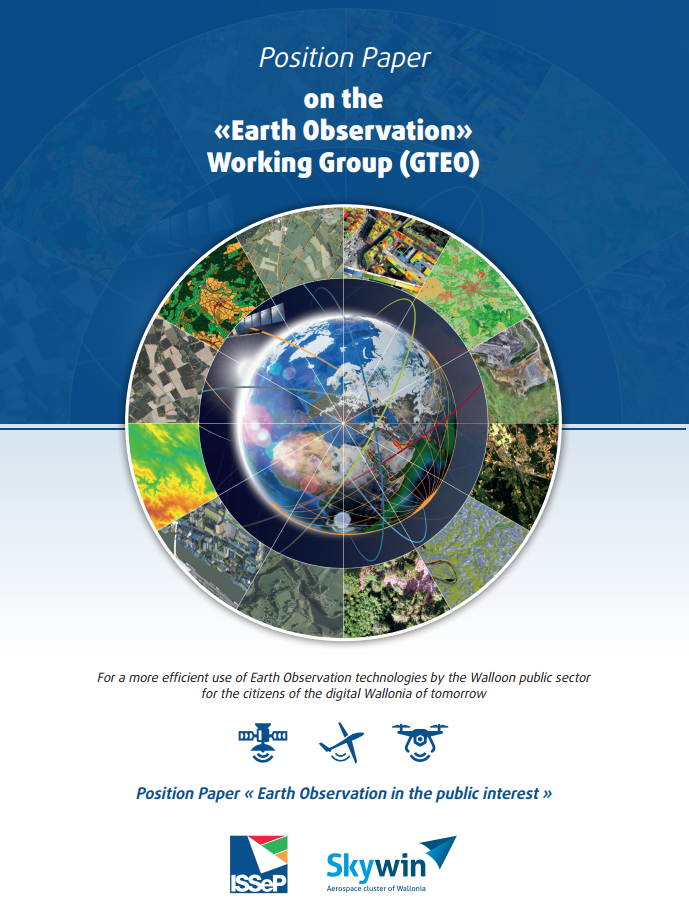 The result of a three-year group study comprising 140 participants coming from public bodies, universities, research centres and private sector bodies, this Position Paper aims to inform all Walloon public policy-makers and all other persons interested in the increased use of satellite imagery in the decision making process in Wallonia.

The Earth Observation Working Group (GTEO), co-steered by Skywin and the ISSeP (Institut Scientifique de Service Public) has made it possible to increase communication between Walloon industrial, scientific and public service bodies. During meetings, the GTEO analysed the strengths and weaknesses of regional actors and strategies and encouraged dialogue on the improvement of the Walloon Public Service within the framework of the GTCoWAL ( Joint Working Group for Earth Observation in the Walloon Government). Indeed, in this GTCoWAL, Walloon public service personnel discuss the ways in which the use of Earth Observation (EO) as a tool can be improved in public bodies.

This Position Paper compiles all the recommendations on the use of EO data extracted from satellite, airborne and drone technologies for the digital Wallonia of tomorrow.

This paper recommends, inter alia, to institutionalise the GTCoWAL and to ensure the continuation of dialogue between players to create a mutually beneficial synergy respecting the intellectual rights of public and private sector actors and researchers. The paper proposes the continuation of an inventory of needs in public services and the development of functional, validated, tested and accessible prototypes. It also argues for increased awareness and training within government bodies, expanding the potential for use of this data at all government levels (from regional to local).

Data management issues, scientific knowledge, artificial intelligence and internal and international competition are also discussed in this paper in light of current innovation tools as seen in the Skywin calls for proposals.

This reflective joint study, a meeting point between the technological offers of near-real-time land observation and the needs of the region’s different sectors (agriculture, forestry, environment, security...) is a very fruitful initiative, offering many new ideas and proposals. Ultimately, this document aims to place Wallonia at the forefront of digital modernisation.